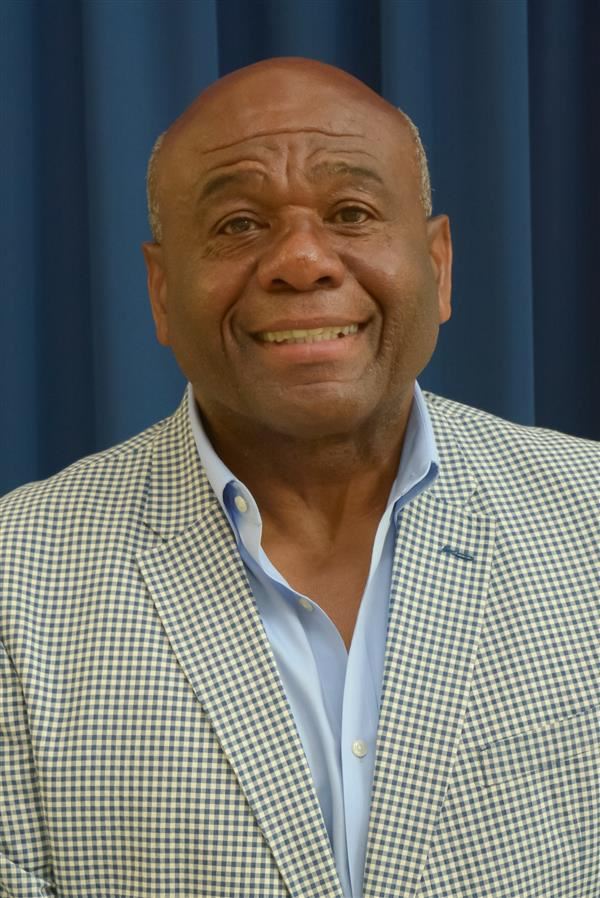 Bill Collick’s legacy at Delaware State University includes the most coaching wins in the history of the Hornet’s football program and a successful stint as the university’s Director of Athletics.

For 12 years, Collick guided the DSU football program through the most celebrated period in team history.  During his tenure, the Hornet’s posted an overall record of 81-48 and captured five Mid-Eastern Athletic Conference (MEAC) championships.  Collick’s teams averaged nearly seven wins per season and his winning percentage (.628) was among the top in Division 1-AA from 1985-1996.  In addition, his 44 wins in the MEAC conference ranked second in the history of the league at the time of his retirement.

Under Coach Collick, a total of 63 Delaware State players earned All- American First Team honors; eight were named to various All-American teams and more than 20 signed professional football contracts.  Additionally, more than a handful of Collick’s former players have joined the ranks of high school and college gridiron coaches.

Working with his coaching staff and the DSU administration, Collick was instrumental in ensuring that the vast majority of his players earned degrees.  Also, an increasing number of Hornet players obtained advanced degrees during his tenure.

Bill Collick also earned the respect of his college coaching peers.  As a member of the American Football Coaches Association, he was appointed to serve on the NCAA Football Rules Committee as well as serving as Chairman of the MEAC Ethics Committee under Commissioner Charles Harris.

Prior to accepting the head football job, Collick served as DSU’s Wrestling coach and led the team to the school’s only MEAC wrestling title in 1984.

When appointed as Delaware State’s Director of Athletics in 1995, Coach Collick immediately committed himself to improve athletics facilities and support services for all Hornet athletes.  He co-founded The Hornet Club, an athletic fundraising organization for alumni and friends of the program.  Collick also helped organize the first annual Delaware State Celebrity Golf Tournament which became the major fundraiser to benefit DSU athletics.

Collick is well known for efforts on behalf of many charitable organizations throughout the area, including United Way of Delaware, Big Brothers of Delaware, the non-profit organization (Pathways to Success) and the MERIT program. He also is a current board member of Over brook Shores Homeowners, Habitat for Humanity, and Children & Families First.

In 1992, Collick delivered a speech at the University of Delaware’s College of Physical Education, Athletics and Recreation graduation ceremony.  He was chosen as a speaker after being selected as Outstanding Alumnus of the university.

Collick is a member of the following Halls of Fame: MEAC, State of Delaware Athletics, African-American (Delaware), Delaware State University as well as being named coach of the year in the MEAC, the Henlopen Conference and from the regional corporation of Nike clinics.

After leaving Sussex Technical High School in Georgetown, as the Dean of Students and Head Football Coach, Collick would return to his high school alma mater to take those same positions at Cape Henlopen High in Lewes.   Coach Collick has a history of re-establishing floundering schools and football programs by way of unifying groups of people towards common goals of excellence.  He is married to the former Nancy Gooch and they are parents of a daughter Dana and a son Billy, as well as grandparents of granddaughters Jaia, Ma’Kena, and Harper. (updated 7/2019)